On July 5th 2014, Scott Simpson and Michael Clarke decided to come to Skydive Orange, to each make a tandem skydive. They were done checking in by Noon and we’re on the way up in the air at 1:15 p.m.! Little did Michael know, a proposal was in his future…

The fellas were having a blast, it was Scott’s first tandem, even though Michael has jumped before, he had never been to Skydive Orange. Boy, was he in for a treat!

After two fantastic jumps, Scott Surprised Michael by PROPOSING! Michael had no idea it was coming and Scott was filled with excitement!

Michael said YES!!! It was truly a beautiful moment.

Michael and Scott after the jump and their engagement! What a lovely couple!

Do you have a loved one that you want to ask that special question? There’s no better way to surprise them then after a tandem skydive! It will be a day they never forget! 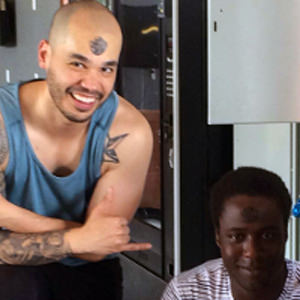