What does skydiving feel like? Well: If you ask any sport skydiver what skydiving feels like, the first thing they’re going to hit you with is “awesome.” That’s true, too–but let’s be a smidge more scientific about it. For the purposes of clarity, we’ll unpack the “a-word” and break it down into three distinct categories. How does skydiving feel physically, mentally and spiritually.

1. How Does Skydiving Feel Physically?

You might assume that skydiving will feel like a rollercoaster–or a bungee jump–or a high dive. Actually, none of your experiences along the “falling” lines are going to help you prepare for the experience, because they’re all way off-base. We know that sounds crazy (it’s a skydive, right?!) but that’s the actual fact. Your stomach won’t drop. You won’t feel the fall. Heck, you won’t even feel the speed. Instead, the relative wind will support you from exit to landing. No kidding.

The closest thing to skydiving yet invented is the tube of wind you can sample at a vertical wind tunnel (widely known as “indoor skydiving” among the uninitiated). When you step in the door of a wind tunnel, you’re immediately held up by the steady flow of air and can use those helpful little molecules to orient yourself in any orientation you want. That’s the stuff of skydiving: The absolute freedom to move, not the flailing, rolling-up-the-windows feeling of a long fall. 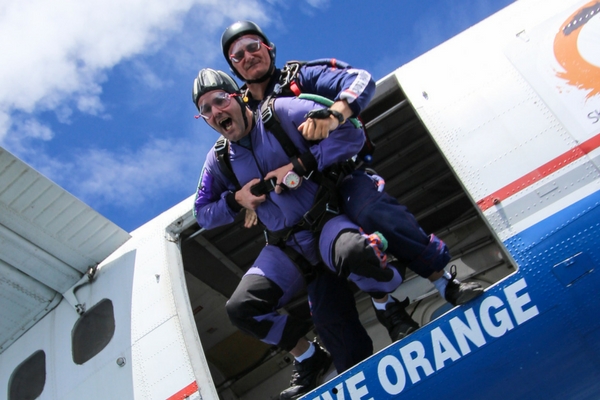 2. How Does Skydiving Feel Mentally?

You might be doing some crazy mental gymnastics trying to picture yourself going through with the jump. There’s a very good chance that you’re going to be super nervous on the ground–and, quite probably, in the plane. But when you actually jump? Zen. Yep–we said it. Zen.

In the air, the feedback we hear most from new jumpers is that they found crystal mental clarity up there. You’ll likely feel fully engaged in the moment; deeply focused on the present; so saturated with the experience that none of your earth-side worries have the least chance of intruding into the windswept wilderness of your grey matter. 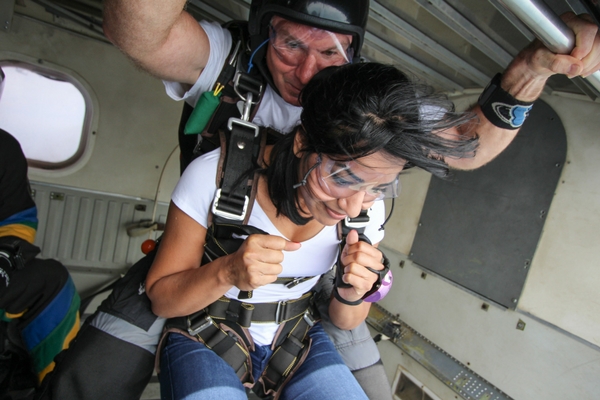 3. How Does Skydiving Feel Spiritually?

That, of course, leads us to the third category: how skydiving feels spiritually. You’re probably aware at this point in your journey that a whole lot of people regard skydiving as a “spiritual experience.” Indeed, it’s this aspect of skydiving that keeps people coming back for more. Adrenaline has nothing to do with it. 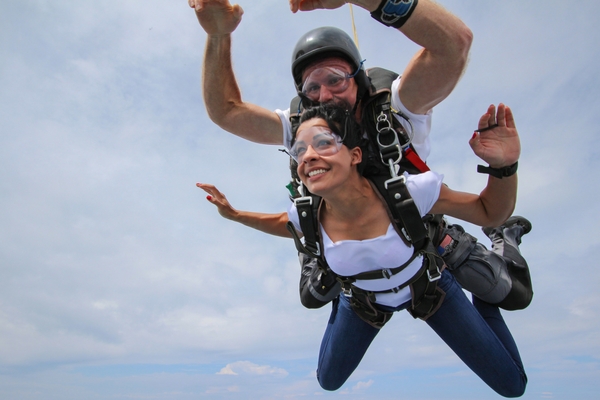 There’s a certain magic in coming up against the boundaries of what you think you can pull off, especially in a context as saturated with natural beauty, camaraderie and physical sensation as that of skydiving. The spiritual pull of skydiving can be pared down to the sense of innate possibility it presents. No one phrased it better than Mahatma Gandhi, so we’ll leave you with his words:

“Man often becomes what he believes himself to be. If I keep on saying to myself that I cannot do a certain thing, it is possible that I may end by really becoming incapable of doing it. On the contrary, if I have the belief that I can do it, I shall surely acquire the capacity to do it even if I may not have it at the beginning.”

That’s what we have to say about it, but if you want to know what skydiving feels like for you, there’s only one way to do it: Give us a call. 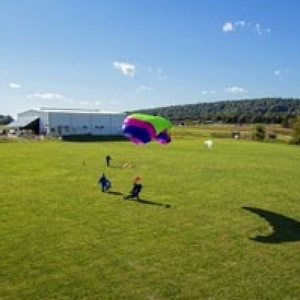 I can't stop telling people they need to try it & come here. Staff is great. Will definitely come back to jump again!