Are you a big fan of obscure traditions? Skydiving just might be the sport for you. We have a whole bunch of them. Most first-time tandem skydiving students are blissfully unaware of this hallowed library of funny little rituals when they breeze through the dropzone for their jump. We’re going to do the general public a little favor right now and pull back the curtain for you. (These might seem a little–well–nuts, but we’re big fans of the bizarre in our big, blue idiosyncratic sky.)

Guess what? A whole lot of the traditions in skydiving involve beer. If you’re a wine-lover or a whiskey nerd, that’s all cool–but our observances in this sport tend to revolve around good ol’ cerveza.

Exhibit A: the “beer line.” If you’re sitting around on a dropzone and hear a bunch of people yell “beer” as a sport jumper is landing, you’re almost certainly seeing it in action.

What that jumper likely did is to cross the “beer line.” There’s an (often invisible) line that delineates the safe landing area from unsafe-to-land territory. The dropzone’s solo jumpers know exactly where this line is located, and are quite able to keep from crossing it–if they keep directional awareness and control their speed. If a jumper makes an oopsie and crosses that line even by, like, a single step, the tradition holds that they owe beer to everyone on the dropzone after the last load has landed.

Oh, and by the way: Cheap beer doesn’t cut it.

There’s also the swoop-and-chug, which celebrates the last jump of the day with a beer-related accuracy contest. Someone on the ground stacks cans of beer in the middle of the accuracy target, then the last load of the day aims to grab one on the way by and guzzle it down on a timer. You have to be accurate with your canopy skills to pull that off! 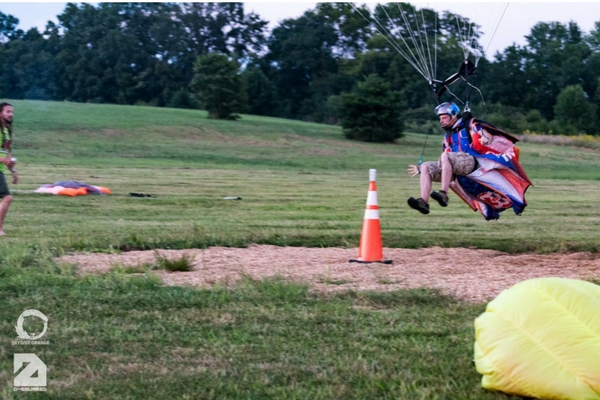 When it comes to skydiving “fines” payable in beer, landing safety ain’t the half of it. Beer fines represent our favorite way to celebrate the infinite variety of fun things that we can do on a skydive. There are so many ways to fall out of a plane that you can have thousands of jumps signed off in your logbook and still manage to experience a novel skydive every time.

We celebrate that huge, chaotic variety by using the beer fine, via the tradition of buying beer for everyone whenever we do something in the sky for the first time. (If we’re being frank, we’re pretty sure that this tradition–honored since the dawn of the sport–was tailor-made to allow us to tell a bunch of people about the cool new thing we just pulled off.) This beer is usually delivered around a campfire, and the stories keep going long into the night. 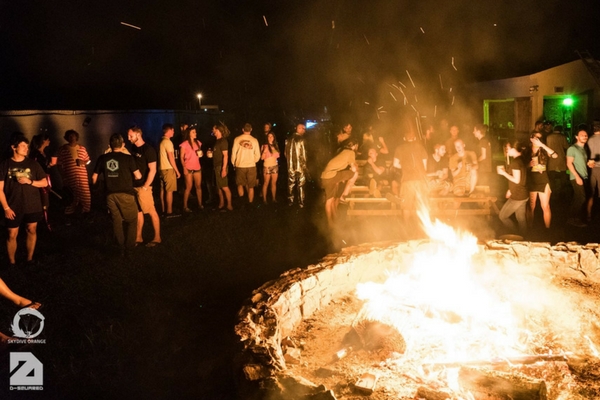 What’s as good as beer? Well: dessert, obviously. We hope you’re lucky enough to be at the dropzone when someone does their 100th skydive, because if you are, you’re in for a serious treat! It’s traditional for a skydiver to take a pie to the face when s/he lands from that landmark jump. The game is usually for the other jumpers to pretend they don’t know about the importance of the jump, then surprise the bejeezus out of the 100-jumpee. 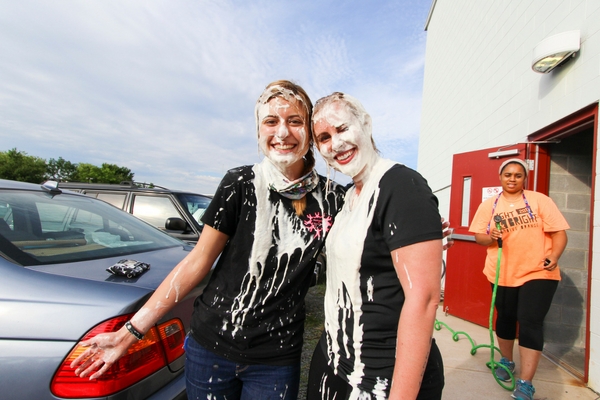 4. The Stamp on the Forehead

Guess what? There’s another right-in-the-face tradition. When a student skydiver graduates from the AFF program and completes their 25 freefall jumps, they get an A-license stamp–the same one used to validate the paperwork for the USPA–smack in the middle of their forehead. If you look around a dropzone, there are usually a bunch of photos on a wall somewhere with all the students sporting this ink. 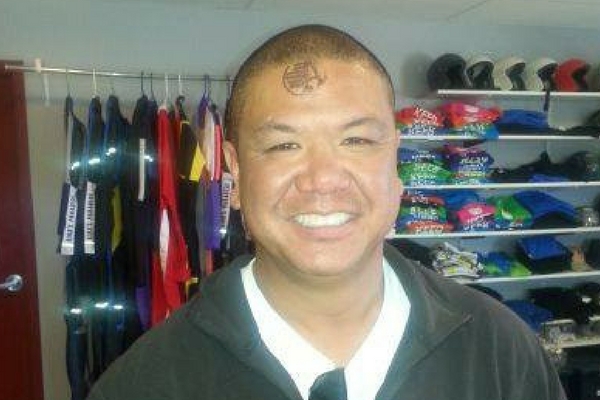 Our parties aren’t parties–they’re “boogies.” That’s a holdover term from the 1960s, when skydiving as a hobby started to become a Thing. A boogie is about jumping, sure–we have special organizers that come in to ringlead the fun, and special aircraft, and planned-out shenanigans–but a boogie is about the people. For that reason, we usually all come together and camp on-site, so we can enjoy the nightly parties (and bleary wake-ups) as a community. 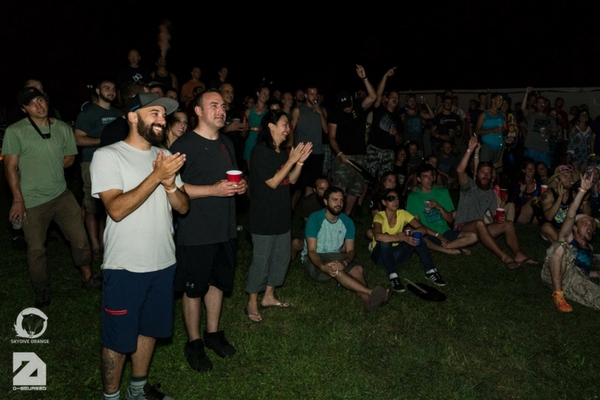 “You don’t quit skydiving because you get old, you get old because you quit skydiving,” said jumper Bill Wood, and he was totally right. Skydiving is most definitely not a one-time thing. A great many of us enjoy this sport for years and years and years–and some of us just never stop doing it. We celebrate tenure in the sport with membership in organizations like POPS (Parachutists over Phorty Society), the membership requirements of which are very straightforward: that a skydiver has made at least one freefall parachute jump, a static line parachute jump or a tandem skydive and is at least forty years of age. Within POPS, we also have SOS (Skydivers Over Sixty), JOS (Jumpers Over Seventy), JOES (Jumpers Over Eighty Society) and even JONS (Jumpers Over Ninety Society). 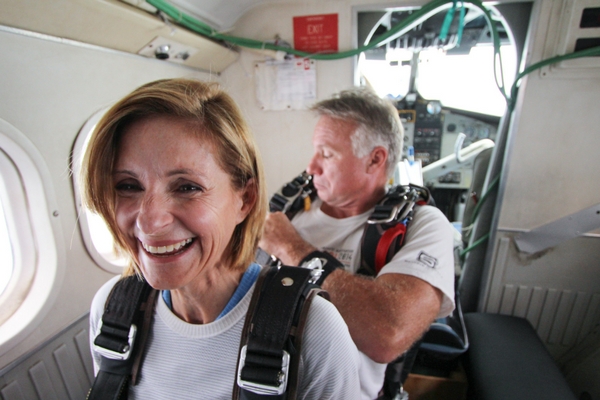 Do you think you’re a future JONS? We’d love to meet you and start you on your way, so you can enjoy these titillating skydiving traditions well into your rocking-chair years. Reach out to us and plan that first tandem skydive today! 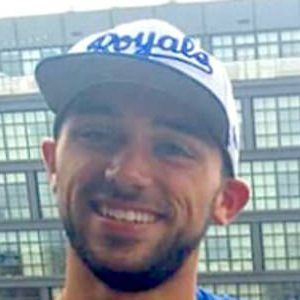 I always felt secure in my actions because I knew that I was well prepared by my instructors and coaches.