After the losses of Chuck Hashek, Austin Hodge and Ron Condrey, Skydive Orange partnered with Pasha Palanker, founder of Brick by Brick, to create an incredible weekend of skydiving to honor those who are wounded, ill and injured, and those who we have lost. The goal is to build a community, start the conversation and create a way to support those who are fighting every single day.

Where it all started

The idea for the Courage Project began two years ago when Pasha Palanker, then a United States Army soldier and military skydive instructor, invited a group of wounded Veterans to Skydive Orange for a tandem jump. Palanker had previously frequented the dropzone to train alongside his friend and fellow freefall instructor, Chuck Hashek. Chuck was a distinguished Naval Master EOD Technician and Master Naval Parachutist in the US Navy. As a civilian, he was also a Tandem Skydive instructor and dropzone manager at Skydive Orange.  After the day spent at the dropzone, everyone was in agreeance: they LOVED their skydiving experience. This gave Pasha and Chuck the idea to continue this event every year. Before the pair was able to continue the tradition the following year, Chuck Hashek took his own life.

After Chuck’s passing, Skydive Orange’s GM, Pam Young connected with Pasha to make the Courage Project a reality. They agreed the event should take place on the anniversary of Chuck’s death, making it in his memory.

With the Courage Project scheduled for this weekend, we met with Pasha Palanker to learn of his battle to overcome PTSD and TBI and his mission to help other veterans overcome a condition that is claiming far too many lives.

The following is an excerpt from the interview with Pasha Palanker discussing his story with the intent to explain the signs of PTSD, what to do if you have been affected and how to get help.

“For me, having been to some dark places emotionally, having lost friends to suicide, I feel like I found a way out of where I was. I want to share with other [people] who are struggling, and for me, this is the [mission] of The Courage Project.”

Can you paint us a picture of your day to day life with how you address PTSD and TBI?

“My daily activities are focused on replenishing my energy throughout the day so I can respond to daily challenges in a healthy, instead of a destructive way. I protect my sleep, exercise, eat natural foods, as much as possible, and take time to evaluate my actions.”

How do you know you are suffering from PTSD?

“The first thing I would say is if you even have a thought that you might be dealing with PTSD, you probably are. The obvious symptoms are losing [the ability to function] on a daily basis, you have a hard time being around other people who are not veterans. The problem is veterans, especially ones that are struggling, we either isolate ourselves or we try to talk about it with other veterans. Part of the reason I was struggling for years and didn’t realize it is I was still on active duty. I was angry all the time, and so was everyone around me. It was normal. The easiest way I think is to compare yourself to a normal guy who hasn’t had your experiences. I see it all the time when I go to back to school events with my kids. I see everybody around me having a good time while I am struggling to keep things together for my [child]. That is PTSD.”

What was the tipping or trigger point for you?

“It started slowly. When I was struggling, there were 2 things that happened in my life that were turning points for me. One of them was when I started to see my anger. Anger has been by far the biggest symptom of my PTSD. Most people who don’t know me outside of work would be surprised. I think most people would think I am pretty laid back and even-keeled, but when you put on such a face in front of [your] peers, unfortunately as soon as [you] are at home and in the privacy of [your] home, that’s when [you] let [your] guard down and that’s when [your] emotions start pouring out. For me, that’s what happened. I would lose it and in front of people closest to me, which is my family.

I started seeing my anger in my kids in the way they would treat each other. I started to realize I was passing my issues, my PTSD, to my kids. That was the first wakeup call that I had to do something about it.

After that, what happened was one of my friends pulled me out to a veteran event. When I went out and spent time with other combat vets who were struggling like I was, it was the first time in a long time that I felt understood. I didn’t have to explain myself, and I felt this huge weight lifted off my shoulders. Then when I came home, I was recharged and not as angry or impulsive. That gave me hope.”

What has allowed you to be vulnerable to open up and share your own experiences to help others?

“I started to feel like I can do something about it. I started to read books and listen to podcasts trying to understand what was going on with my emotions and how to get a handle on them. I [began] to notice guys around me suffering just like I was. I would have conversations and I would share what I had learned. I would get positive feedback. I got the confidence to talk more about it and to use social media. The more action I took, the more results I got. That drove me to continue. Now it seems like I get more and more opportunities to share [my story] and hopefully help more veterans.” 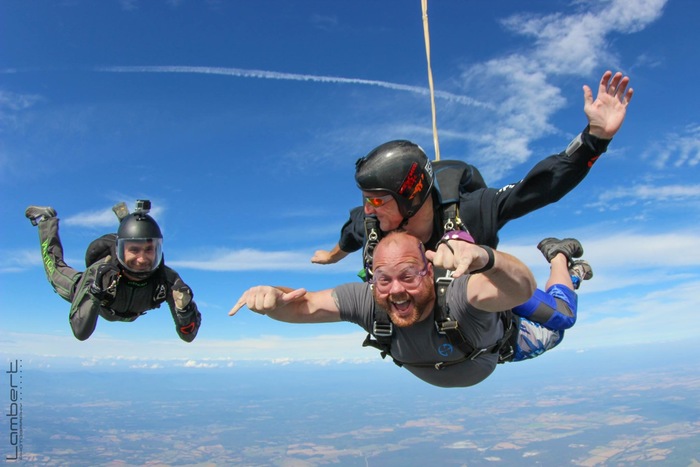 Is there any advice or insight you can give to the family members who are often on the receiving end of the folks suffering from PTSD?

“The first thing I would say is it is not personal. The anger, the isolation is not about the family. Something happens to our brain when we go through these traumatic experiences or we experience head injuries. I got a chance to go through a 4-week intensive treatment at NICoE, National Intrepid Center of Excellence, at Walter Reed. That was huge for me because I got to understand why I behaved the way I behaved. The fourth week my wife got to come and go through some of the training. She got to learn why I am the way I am, and that was huge for our marriage. We still struggled and we still had issues, but it changed things from me being a [bad husband](dirtbag) to me being sick essentially. The main thing I would want families to know is it is not personal. Your veteran is struggling because of something that happened to them, and they have not learned how to treat the struggle.”

Are there barriers to finding mental health treatment for veterans to get the help they need?

“The biggest barrier is the veteran and being in denial. Once he/she gets past that point, there are so many organizations [available to help in treatment]. HeadStrong, for example, is an organization you call the number and fill out an application. They will provide you with a mental health professional. It is cost-free and no questions asked. There are a lot of different ways to get help, but the biggest problem is the veteran either realizing he/she needs help or having enough humility to ask for help.”

With PTSD and TBI, how do you find the courage and strength to speak out about something you are going through?

“The strength comes from losing friends to suicide. This year alone I’ve been to three memorial services for suicide, not for combat, but suicides. That is one thing that drives me. The second thing is it is not about me. I have recently started doing it more than in the best, and it has generated some momentum. Now I am on a podcast, and it is generating attention. I don’t like that attention. I have had to learn to let go of me and my ego and what’s important to me because this problem is a lot bigger than me.” 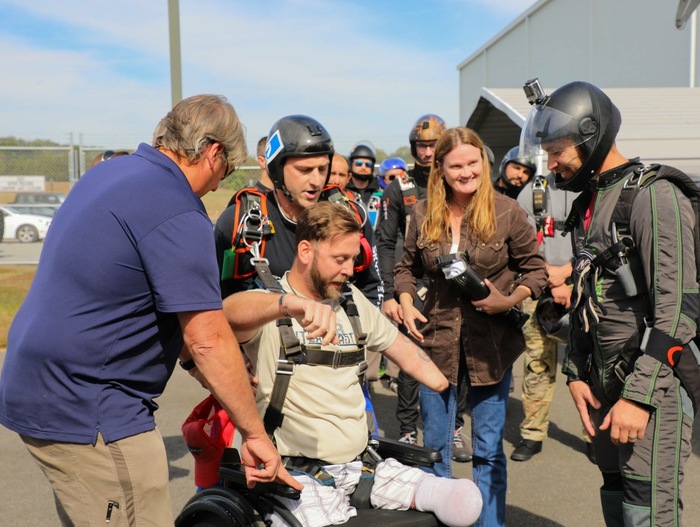 What do you hope for yourself? What are you looking forward to?

“For myself, I hope to help more struggling veterans. I feel like I’ve reached the point where I am grateful I went through what I went through. In the process of rebuilding myself, I became the husband and father I never would have been being the guy I used to be. My hope is to reach more veterans with this message and share my story.”

In terms of the overall message to combat vets, if there is one takeaway you want people to know, what is that?

“There is a lot that can be done to improve your life despite suffering from PTSD. [For] me, it is a three-step process. You have to see things for what they are. If you are struggling with PTSD, you have to accept it. Then you do what you can. You face it in a healthy way. You don’t run away from it by numbing it. You face it by addressing your issues, and then after you do those 2 things, you are still going to be in pain and suffer. But you endure it and you fight through it just like you did in training and in combat. If you do those 3 things, you will get out on the right side of it.”

Skydive Orange is proud to partner with Pasha Palanker of Brick by Brick on the Courage Project. We invite you to join us this weekend to support warriors of visible and invisible wounds in loving memory of Ron Condrey, Chuck Hashek and Austin Hodge. 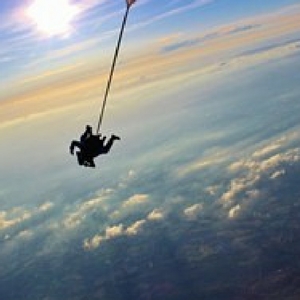 One of the most amazing experiences of my life. Hard to describe the joy and exhilaration, you have to experience it for yourself!